For the exhibition Monory / Fury // Dubaï project at the Galerie 208, Paris.

Like an Alice in Wonderland, the artist becomes a voyager entering the futuristic, dystopian landscape of Dubai, the desert surrounding it and the vehicles and machines constructing the city.

Music by Richard Pinhas, featuring a recording of the philosopher Gilles Deleuze reading a text by Nietzche from the book “Human All Too Human.” 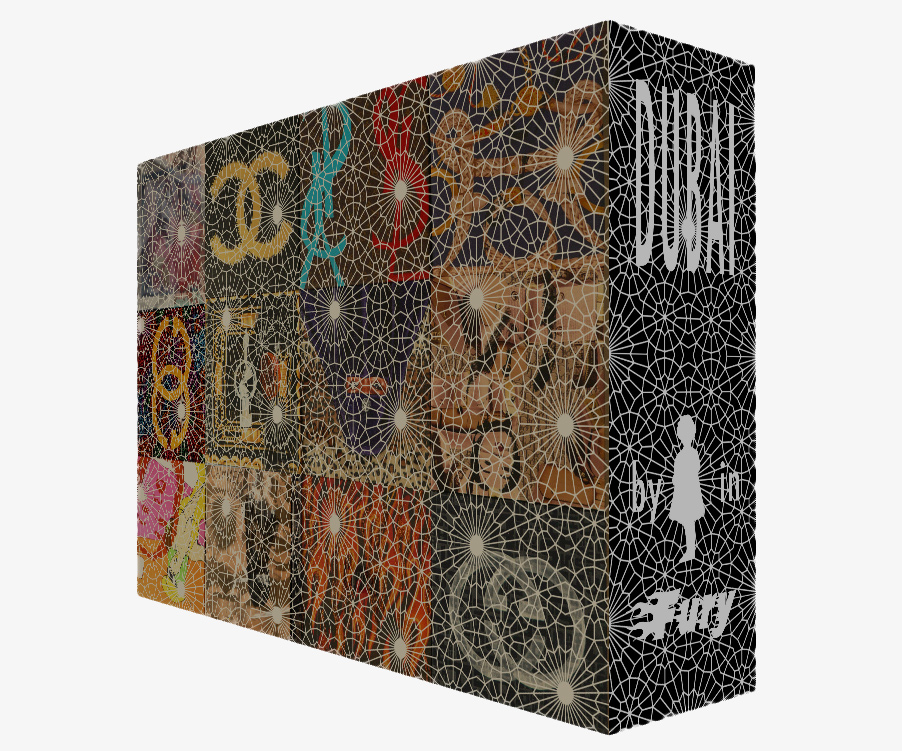 He who has attained intellectual emancipation to any extent cannot, for a long time, regard himself otherwise than as a wanderer on the face of the earth and not even as a traveller towards a final goal, for there is no such thing.  But he certainly wants to observe and keep his eyes open to whatever actually happens in the world; therefore he cannot attach his heart too firmly to anything individual; he must have in himself something wandering that takes pleasure in change and transitoriness.  To be sure such a man will have bad nights, when he is weary and finds the gates of the town that should offer him rest closed; perhaps he may also find that, as in the East, the desert reaches to the gates, that wild beasts howl far and near, that a strong wind arises, and that robbers take away his beasts of burden.  Then the dreadful night closes over him like a second desert upon the desert, and his heart grows weary of wandering.  Then when the morning sun rises upon him, glowing like a Deity of anger, when the town is opened, he sees perhaps in the faces of the dwellers therein still more desert, uncleanliness, deceit, and insecurity than outside the gates and the day is almost worse than the night.  Thus it may occasionally happen to the wanderer but then there come as compensation the delightful mornings of other lands and days, when already in the grey of the dawn he sees the throng of muses dancing by, close to him, in the mist of the mountain; when afterwards, in the symmetry of his ante meridian soul, he strolls silently under the trees, out of whose crests and leafy hiding places all manner of good and bright things are flung to him, the gifts of all the free spirits who are at home in mountains, forests, and solitudes, and who, like himself, alternately merry and thoughtful, are wanderers and philosophers.  Born of the secrets of the early dawn, they ponder the question how the day, between the hours of ten and twelve can have such a pure, transparent, and gloriously cheerful countenance: they seek the ante-meridian philosophy.